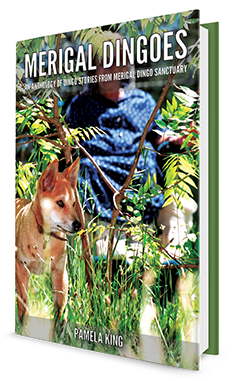 Merigal Dingoes is available in paperback and eBook. Australian residents can purchase direct through this site for $18 free postage for paperback and $3 for eBook. If you are overseas please send us an 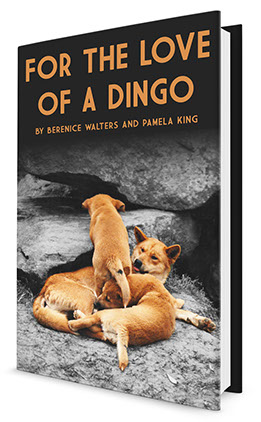 For the love of a Dingo is available in paperback and eBook. Australian residents can purchase direct through this site for $15 free postage for paperback and $3 for eBook. If you are overseas please send us an 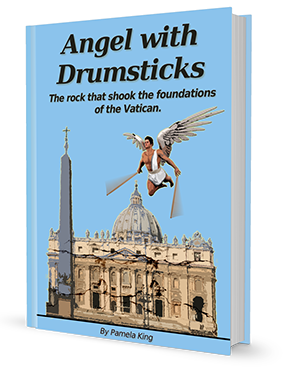 Angel with Drumsticks is available in paperback and eBook. Australian residents can purchase direct through this site for $15 free postage for paperback and $3 for eBook. If you are overseas please send us an email to order.

Once I started researching and writing Berenice’s biography I realised her whole life was an interesting story and that is what I needed to focus on.

As I followed her life I was more and more intrigued and in awe of this seemingly insecure and formally uneducated woman.

There were simply too many wonderful dingo stories that couldn’t be included in full but needed to be told and is the reason for publishing my new book Merigal Dingoes. Berenice Walters was known as the Dingo Lady. She dedicated her adult life to studying the dingo. She campaigned to improve its image and acknowledgement of its important environmental role as an apex predator.

This anthology of heart-warming Dingo stories (and one New Guinea Singing Dog) reveal how Berenice’s dingoes taught her about their personality, behaviour and antics with a large dose of reciprocated love, and humour. The collection is based on her records of Berenice Walters and my own experience. I believe it and would be a valuable addition for anyone wanting to learn more about the Dingo.

With over 30 stories and 100 photos it will warm the heart of any animal lover. They will also introduce readers to the true nature of Australia’s most maligned native animal.

Merigal Dingoes will be officially launched on 22nd November but copies available from mid-November.

This is the story of one woman’s love for Dingoes and her endeavours to prove they were not the savage and sinister brute authorities portrayed them as.

The stories in this book are about three of her Dingoes; Dora, Napoleon and Snowgoose.  They tell how she acquired her first Dingo, eluded being arrested and her Dingo being destroyed then successfully obedience training her Dingoes.

They tell how she proved the so-called experts wrong about the character of the Dingo but mostly they tell of her love and dedication for the most falsely maligned of Australian native animals.

This biographical book tells the full and true story of Italian Beat band Angel & the Brains. Formed in 1964 by young musicians from Rome, the band took its lead from The Beatles and other new wave British bands of the time to create music with a strong beat sound designed to appeal to Italian teenagers.

With their success in creating the new sound and, following their participation in the first Messa Dei Giovani on 27th April 1966, they have been credited as one of the leading proponents of Italian Beat music, often referred to as Garage Beat.

This is the story as it was told to me by Angelo Ferrari, drummer, singer and founder of the band.

The story describes how these young musicians, who had responded to an invitation from the church to perform the first rock mass in Rome had their fledgling careers destroyed by the Vatican.

The reader will discover that many articles written in recent years are wrong in their descriptions of what happened following La Messa and falsely acclaim the event as being a successful innovation of the Catholic Church at the time.

For more information go to www.angelandthebrains.info or the Facebook page.

The writing of the book was important to me in many ways. Having met my husband, Angelo, when I was in my 40s we had not grown up together and his experience in the 1960s was something he talked little about. Gradually the story came out over the years and I convinced him that the story should be written, and the truth told. As we talked over his sometimes bitter, sometimes sweet memories spanning six years I came to understand him so much more. I am proud that finally his story has been told.

Known as the Dingo Lady, Berenice Walters was one of our true early pioneer campaigners on behalf the Dingo.

She got her first dingo, Dora, in 1974 when it was highly illegal to keep a dingo. She spent many years in the mid-1960s and early 1970s researching the history of the dingo and its relationship with the Aboriginal people at the time of white settlement of Australia. Her documents highlight the impact the Europeans had on both the original inhabitants of Australian and their much loved ‘native dog’.

I believe her papers on the subject are of value to students of the dingo and the history of our nation and have made them freely available through Academia with a new paper being uploaded each month. www.ferraripam.academia.edu/research

I have not attempted to update information contained in relation to the dingo’s taxonomy or its history prior to European settlement in the articles. I believe the papers need to be read in the context of the knowledge of the time they were written to reflect their historic nature.

Please note these papers are still copyrighted. They may be quoted but may not be reproduced in entirety without written permission

This will be the culmination of a major project I have undertaken as a commitment to her daughter, Christine, to preserve Berenice’s records and write her full biography.

I met Berenice while I was tourism manager for the region and got involved not only professionally but personally with the Australian Native Dog Conservation Society that she founded. My story is told in Dingo Ambassador Link should be
www.pamelakingrandomjottings.blogspot.com/2017/10/dingo-ambassador.html

Christine had expressed concern about the future of her mother’s records and asked if I would be interested in taking them on. The project has involved sorting, filing, archiving, indexing and digitising her manuscripts, research papers, photographs and videos. It is a huge task but very much a labour of love.